Given the reputation of Kumeu River, it may not come as a surprise that the winemaker, Michael Brajkovich, is also a Master of Wine. Get an insight into his journey and expertise as a winemaker with Kumeu River.

When thinking about New Zealand wine, the grapes Sauvignon Blanc and Pinot Noir typically spring to mind first. And yet if there’s a Kiwi Chardonnay deserving of international acclaim, it’s the North Island’s Kumeu River. Known for purity, finesse, and frequent comparisons with Burgundy, Kumeu’s world class Chard is, by now, well-known to collectors and oenophiles. Given the reputation of the winery, it may not come as a surprise that the winemaker, Michael Brajkovich, is also a Master of Wine.

On behalf of New York’s fine and rare wine retailer The Wine Cellarage, I reached out to Michael for an interview. We covered his upbringing in wine, why he sought the prestigious Master of Wine title, and how Chardonnay became Kumeu River’s signature grape. And of course, we’d be remiss to ignore the issue of climate change, a topic Michael addresses at the end.

How did you get involved in wine? Or rather, given your family works in the business, was not pursuing a career in wine an option?

I did grow up in the wine business, but it was not a requirement that we stay in it. I was fortunate to realize very early on that it is an exciting and satisfying business to be in, and my siblings followed me eventually.

When did you realize winemaking was your calling?

When I was about 12. It made my choice of high school subject much easier: chemistry, physics, biology, French.

You are New Zealand’s first Master of Wine. How do you think the program helped you as a winemaker, if it did? How has it helped you in other ways?

I had heard about the Masters of Wine firstly from my father, and then again when I was at Roseworthy College in South Australia, learning oenology. We held them in awe, given their ability to identify wines from specific terroirs and so forth.

It was later, when I had returned to New Zealand and had already started to make wine at Kumeu, that I had the opportunity to judge wines with a Master of Wine. This was at the 1986 National Wine Competition, and the International Guest Judge was Sarah Morphew Stephen MW, who was the first-ever woman to become an MW, back in 1970. After tasting together on the same panel, Sarah took me aside and asked if I had ever considered taking the MW exam because she thought I certainly had the tasting ability. I replied that although it would be an interesting thing to attempt, I was unable to find the time to travel to London and spend enough time in the trade there to qualify. At the time, the MW exam was restricted to candidates who had been working for 5 years or more in the British wine trade. (That had earlier been extended to include wine writers, and Jancis Robinson was the first graduate under that regime). Sarah was, at that time, Chair of the Institute of Masters of Wine, and she told me that they were looking to expand its reach into the rest of the world, and that 5 years’ experience in the trade anywhere would suffice. I put that away in the back of my mind and concentrated on making wine at Kumeu River.

In June of 1988, I received a telephone call from Morphew to tell me that Michael Hill-Smith from Australia had just become the first international MW, and that I should have a crack at it. So, I did, and submitted my entrance essay and was accepted into the study program.

Unfortunately, all the lectures and tastings were conducted in London, so I had to do all of my study from New Zealand. I got in cahoots with fellow candidate Bob Campbell, and with generous help from former MW student Sam Weaver, we were able to get a study group going.

In 1988, I travelled with my brother Paul to the London Wine Trade Fair to show our wines for the first time. Our agent Hugh Phillips gave us a fantastic tasting montage of the wines of France, and later I also had the opportunity to tour the great French wine regions with Kit Stevens MW, which was an unforgettable experience. Kit knew everyone and was an amazing taster and mentor. We travelled to Vouvray, Champagne, Sancerre, Burgundy, Beaujolais, the Rhone, Languedoc, Banyuls, Bordeaux and Cognac. Such experiences greatly broadened and deepened my knowledge of these extraordinary regions, and really helped my preparation for the MW exam.

When it came time to sit the exam in London in May 1989, Bob didn’t feel ready enough, so I went alone only to find another New Zealand candidate was also there for the exam: Professor Ivan Donaldson. Ivan was a neurosurgeon with a serious interest in wine, who had also become a wine writer. He went on to start Pegasus Bay winery with his family and remains one of the great recent success stories of New Zealand wine.

As it turned out, I passed the exam and became New Zealand’s first MW. I have always felt that in order to make good wine, you really need to have an appreciation for the wider world of wine. The MW program and examination certainly focusses the mind on this and gives a wine producer like me a much better understanding of where our wine fits into the international wine market.

At the time I passed, we were making big changes at Kumeu River. We were trying out some pretty extreme techniques for the time, such as wild yeast fermentation, malolactic fermentation, and barrel fermentation. After I passed the exam, these went from being unusual to being mainstream. The MW qualification added much gravitas and credibility to what we were already doing at Kumeu River.

Over the years, this has continued and has opened many doors for us internationally.

Kumeu River Chardonnays are world-class. Was great Chard the original vision for the winery?

No. My father always had the goal of producing one really great white wine, and one really great red. He experimented with “Pinot Chardonnay” in the mid-sixties, but it was riddled with virus and never performed very well. In the early 1980’s we planted what amounted to a large-scale viticultural experiment, with a range of grape varieties such as Chardonnay, Sauvignon Blanc, Cabernet Franc and Cabernet Sauvignon. We also purchased New Zealand’s first substantial Merlot vineyard in 1983, and that was the variety that we thought would become our best. It wasn’t, because Merlot ripens too late in the season to be consistent enough under our conditions. It quickly became clear that the modern clones of Chardonnay, combined with low-vigor rootstocks, are capable of producing fantastic results in Kumeu. Chardonnay now accounts for 75% of our production, and Pinot Gris comes in second at about 20%. The best red now comes from Pinot Noir, which ripens nice and early with great flavors.

We have also recently purchased a vineyard in Hawkes Bay which has Sauvignon Blanc, Chardonnay and Pinot Noir planted already. Exciting stuff indeed.

What is the overarching ethos of Kumeu River viticulture? How about winemaking?

We are committed to the sustainable production of quality winegrapes, without irrigation.

Although we are not organic, our farming reflects the desire to reduce chemical inputs as much as possible, but without removing all the tools that we currently have to fight fungal diseases. Our vineyards are also located in areas where the natural rainfall and the soil type are conducive to dry- farming without irrigation. This allows the vine roots to fully explore the soil profile and really reflect the expression of terroir in these particular sites.

Our winemaking techniques have been derived and evolved from the great European traditions and were chosen to best express the qualities of our vineyard sites. We also use the benefit of scientific research and our own experience to make improvements to these techniques to allow the wines to show the typicity of the grape variety and the terroir, and to do so with consistency. Tradition is reflected in hand-harvesting, whole-cluster pressing and barrel-fermentation with wild yeasts and malo-lactic bacteria. Modern techniques include the use of cross-flow filtration and bottling with screwcaps, both of which have given huge improvements to quality, consistency and the expression of terroir.

In light of climate change, how do you think New Zealand wines will fare? What about Kumeu River?

I cannot speak for others in New Zealand, but my tasting of many wines over a long period of time indicates that they differ little in respect to this issue from our situation in Kumeu.

Our experience in Kumeu over the past 40 years has been that seasons and weather are extremely variable, but that no consistent trend has emerged in terms of “climate”, which is of course simply the long-term average of seasonal weather. Our harvest dates have not changed in any significant way over that period, and the style of our wines has remained very much the same, although benefitting from improvements in Chardonnay clones, vineyard management, and the fine-tuning of winemaking practices.

This relative protection from climate change is probably because we are in a particularly maritime environment, with large bodies of ocean to both the west and east of us. Cloud cover keeps the temperatures moderate, and the acidity high. The grapes ripen well, but not overly so. The alcohol is moderate, and the flavors precise.

Learn more and buy the Kumeu River wines that we offer. 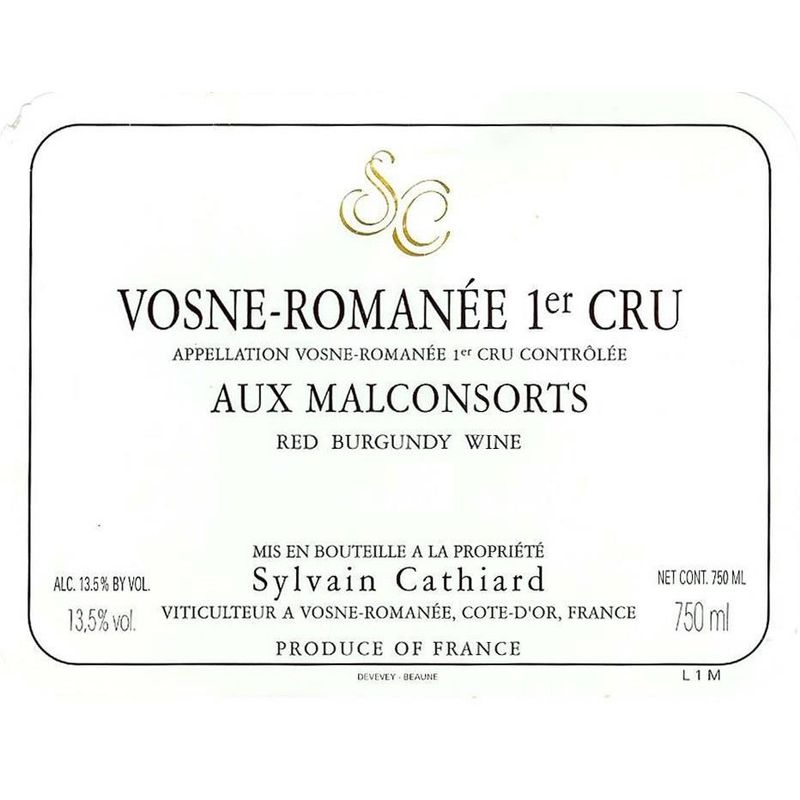 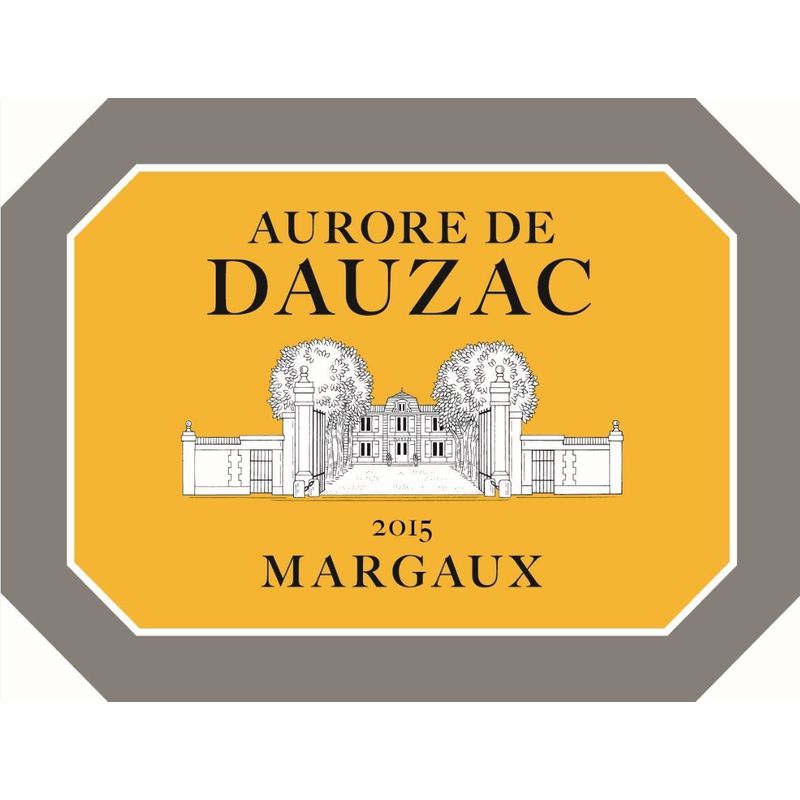